Noir City: THE CAPTIVE CITY and BUY ME THAT TOWN

Sorry for the delay getting post this up, but let’s get right to the movies.

First of all, I missed the special screening of TOO LATE FOR TEARS, but that doesn’t mean you should skip it. 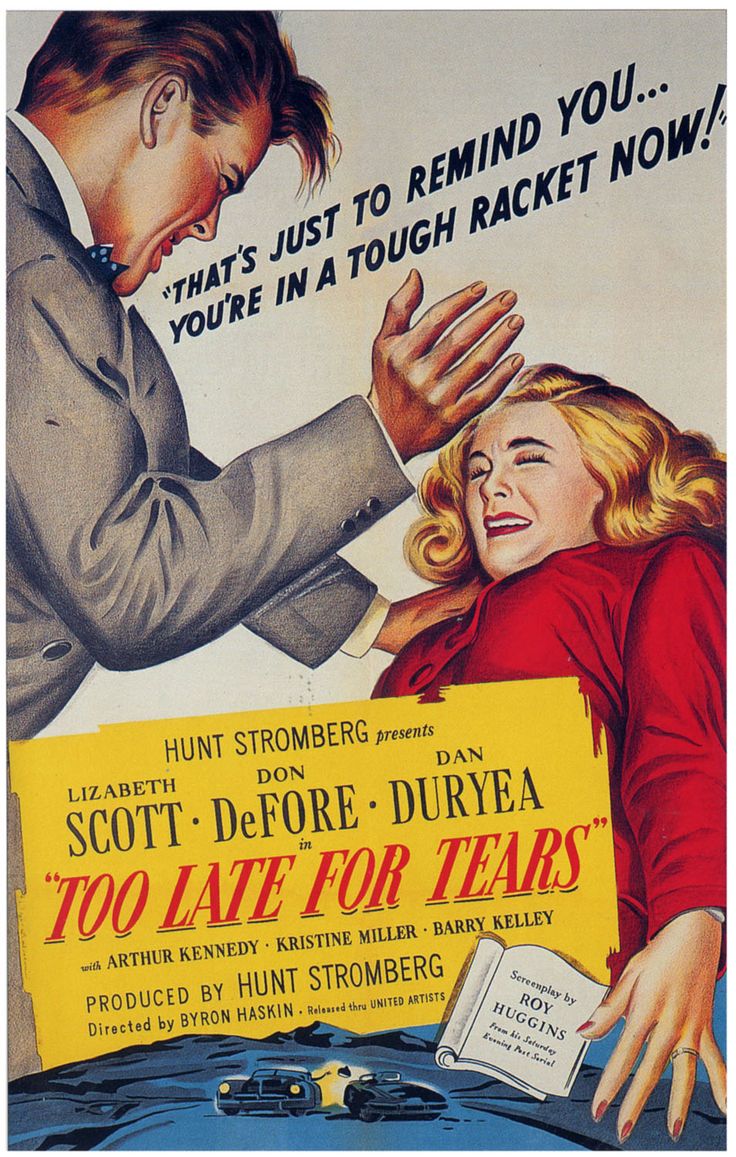 It’s one of my favorite Femme Fatale flicks of all time. You should go buy the new blu-ray/DVD combo from Flicker Alley. I’ll wait.

Next up in the closing night lineup, a mobsters in the suburbs double feature. Strange bedfellows, these two flicks. One that I really loved and one, well, not so much. 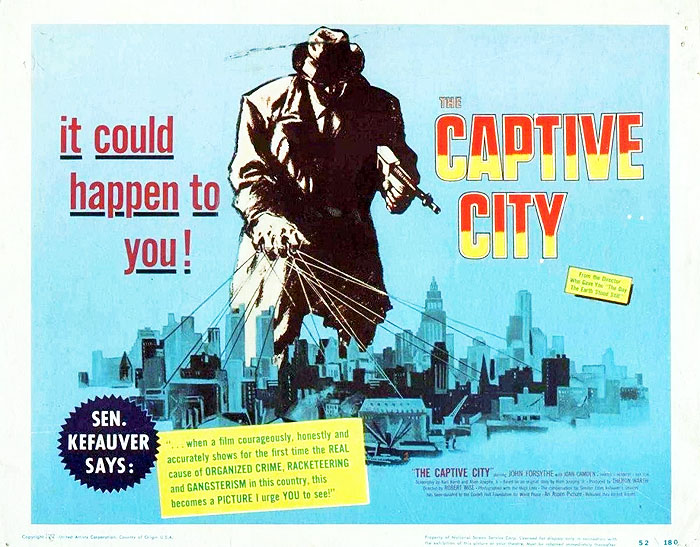 When a private investigator is killed for snooping into corruption in a quiet suburban hamlet, a young newspaper man swears to blow the lid off their racket, putting his own neck on the line.

Cinematography geeks: this film was the first to use a special wide angle gadget called the Hoge Lens, which allowed for some stunning deep focus shots. It’s worth seeing on the big screen just for that.

However, this flick didn’t really float my boat. There’s nothing wrong with it, per se, and it’s technically closer to film noir than the other one on that night’s bill, but I found its dry DocuNoir style, bland suburban setting and by-the-numbers characters all added up to a kinda forgettable film.

There were a lot of cool typewriters and great shots of the big old printing press, but this film lacked a lot of the other fun extra details that I always enjoy when watching classic noir on the big screen. The women’s clothes and accessories were all very suburban and plain. The street scenes were generic Anytown USA. The filmmaker’s desire to make it seem “real” and drive home the point that this could happen in your own safe little neighborhood scrubbed away a lot of the urban grit and trashy glamour that drew me to the genre in the first place. Your milage may vary.

The last film of the festival was the charming and hilarious BUY ME THAT TOWN. 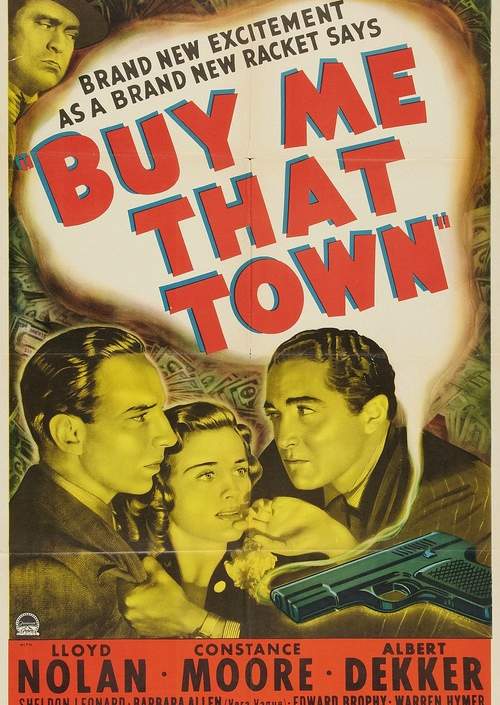 When his dim-witted boss gets drafted, fed up mobster Ricky Deane (Lloyd Nolan) wants a vacation from thug life. He and his right hand man, an ex-pug (Albert Dekker,) head out to the countryside for a little R&R, but get pulled over for speeding through a small, unincorporated town.

When Deane discovers that the flat broke burg makes all its income off jacked up traffic fines and that their big roomy jail is wide open, he hatches a scheme to buy the town and set up the jail as a cushy, minimum security resort for mobsters. This allows them to avoid threats of real jail by claiming to be previously incarcerated on traffic violations in Deane’s town.

Deane ends up falling for the judge’s clever daughter, who wants him to go straight and help the town for real. Only Deane’s bad news boss, who managed to dodge the draft after all, shows up and demands a piece of the action.

More of a screwball comedy than true film noir, but fuck it. I loved every minute of this flick. It was fun, snappy and entertaining, whereas the previous film was bland and leaden and deadly serious. 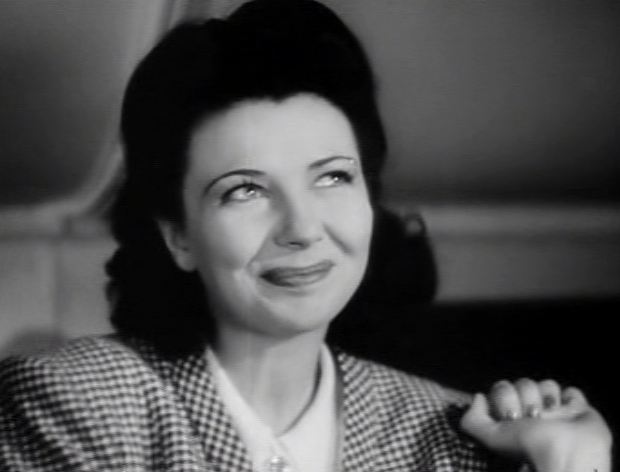 Also I have to mention the wonderful performance by Barbara Jo Allen as the middle-aged proprietor of the town’s boarding house, who turns out to be a secret true crime fanatic and mob groupie. The hilarious and over-the-top hardboiled dialog she busts out to impress her gangster idols was the highlight of this film for me. In fact this film is filled with great character actors.

A real gem and worth hunting down. Mistress Christa says check it out.

So that’s it for the 18th (!!!) annual Noir City Festival. And remember, if you love film noir and enjoy reading my write ups every year, put your money where your mouth is and throw a few simoleons to the Film Noir Foundation. None of this would be possible without their tireless dedication to rescuing and restoring America’s noir heritage.