Noir City: Lady on a Train and Escape in the Fog

Deanna Durbin. Not a name that immediately springs to mind when you think of film noir.   But this promo photo from Lady on a Train sure caught my interest. 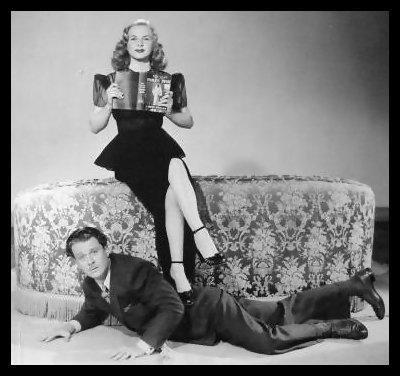 Why Deanna, I never knew you had it in you! Crushing hapless men under my high heels while reading is one of my favorite pastimes, but it isn’t exactly what you’d expect from a wholesome, cherubic songbird like her. Turns out, as she aged out of her teen cutie pie phase, she actually did two flicks that fall within the borders of Noir City, Christmas Holiday and this one. Throw Dan Duryea into the mix, and I’m more than willing to give Lady on a Train a shot.

Avid mystery reader Nikki (Durbin) is on the train to NYC when she witnesses a murder through a nearby window. The police are no help, so she takes it upon herself to solve the crime, with the help of one of her favorite pulp authors. Screwball shenanigans and improbable plot twists ensue. Also, there are clowns. I’m not kidding. 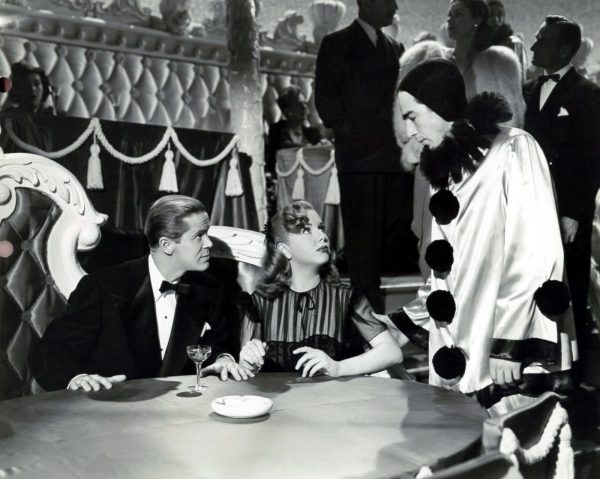 No spoilers here, but man I think I got whiplash from the abrupt tonal swerve at the end. What starts off as a light hearted, slightly sappy comedic mystery, including a scene where Durbin sings Silent Night (The. Whole. Fucking. Song.) into the phone to her daddy, ends with the killer not-so-subtly threatening to rape her, and then seeming to imply that he had been a victim of incest. From there we cut to what is unquestionably about to be a sex scene on a train, barely legitimized by the ham-fisted insertion of a few bars of Here Comes the Bride.

Is it noir? I don’t think so. Duryea notwithstanding, it’s noir-adjacent at best, with an odd pick-and-mix conglomeration of humor and violence. Is it entertaining? Definitely. The costumes are astounding, especially in the Circus Club scenes. I can’t exactly recommend this one, but I had fun watching it.

The B selection for this bill was a film I’d never even heard of. Escape in the Fog. 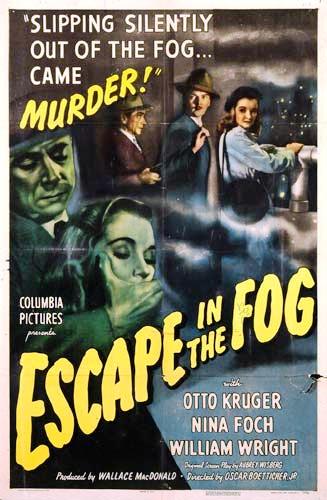 Nina Foch plays a military nurse with PTSD (“Shock,” as they called it back then) whose reoccurring dream about her neighbor William Wright’s brush with death on the foggy Golden Gate Bridge turns out to be precognition. See, he’s actually a fed on a secret mission to fight “The Japs,” and there’s this Very Important (rubberized!) packet and this Nazi clock maker and…

Fuck, I don’t know. Look this movie makes absolutely no sense whatsoever. It’s like a berserk low-budget fever-dream and they seem to have lost their plot somewhere in the eponymous fog. The way the pair escapes their big predicament at the end is especially preposterous, so much so that I had to restrain myself from yelling at the screen. But hey, Nina is a knockout, and she gets tied up too, so there’s that. 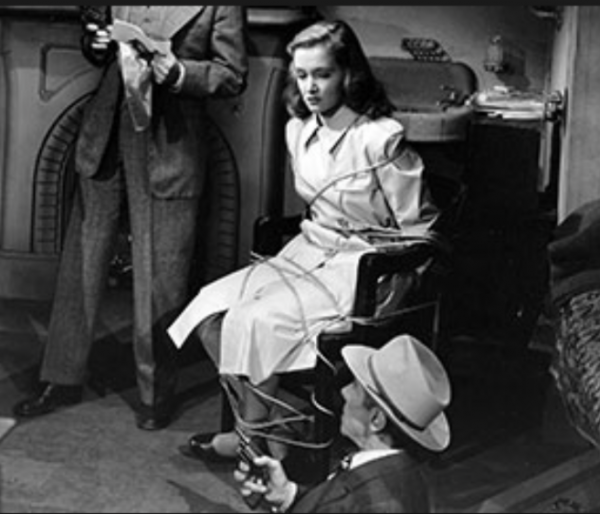 This one is obscure for a good reason. Can’t recommend it, unless you’re a Nina Foch completist. So l leave you with this stunning photo of Nina putting on gloves, which is infinitely better than that whole movie. 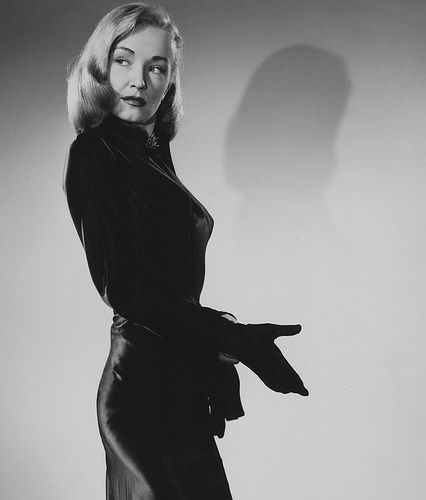 Tonight, for the hardcore Noir Hounds willing to turn up on a Monday night, The Dark Corner and Behind Green Lights.